“I miss you like childhood when you go away.” 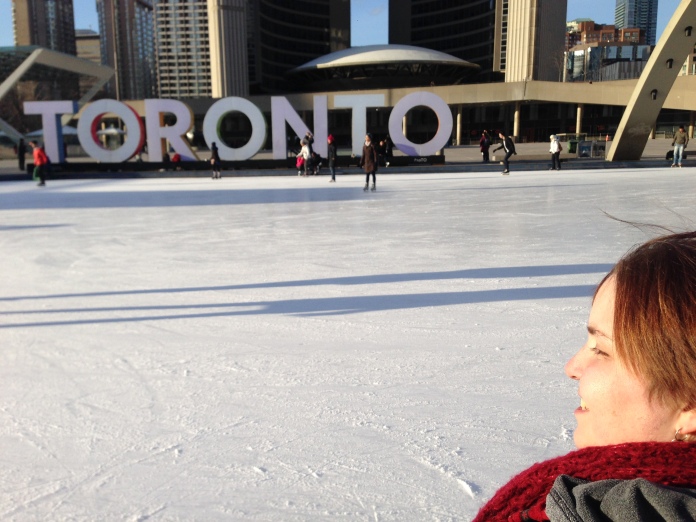 February, the month with the extra day in 2016, that one month that’s often shortest and of which many people dislike for its chilly temperatures is coming to a close. I feel many things, as I move forward, thirty-two and making some big plans in my head.

I am actually avoiding all Oscar talk, by staying home and writing, with the TV turned off. I am more focused on music than movies at this moment.

For a “blue skies and green lights” medical checkup for my brother.

After the sudden accident he had at the end of last year, his dramatic tumble down some stairs, he went back to the hospital in Toronto, where it all happened, to have a CT scan, to make sure all’s well.

No more bleeding and all healed. My biggest silent fear, at the back of my mind, praying he wouldn’t all-of-a-sudden require corrective brain surgery or something. Not a chance. He’s all clear, for the most part. I still watch him for seizure activity when we’re together.

His brain is as sharp as ever…even sharper, if that’s even possible.

For a meet-up with a writer friend of mine.

I was in her neck of the woods and we met to talk about our ongoing writing goals and to cheer each other on, like we do, a back-and-forth and give-and-take sort of friendship, as far as our writing dreams go.

We did a sort of book swap.

I am growing my collection of print books. I love them, this was Read Aloud Week or something like that.

I gave my friend a copy of the anthology my short story is in and she did the same.

I admit, I was and still am a little apprehensive giving that thing out. Now that it’s here, no point holding back, even if it is my first try and if I have a lot to learn.

For a perfect skating day. 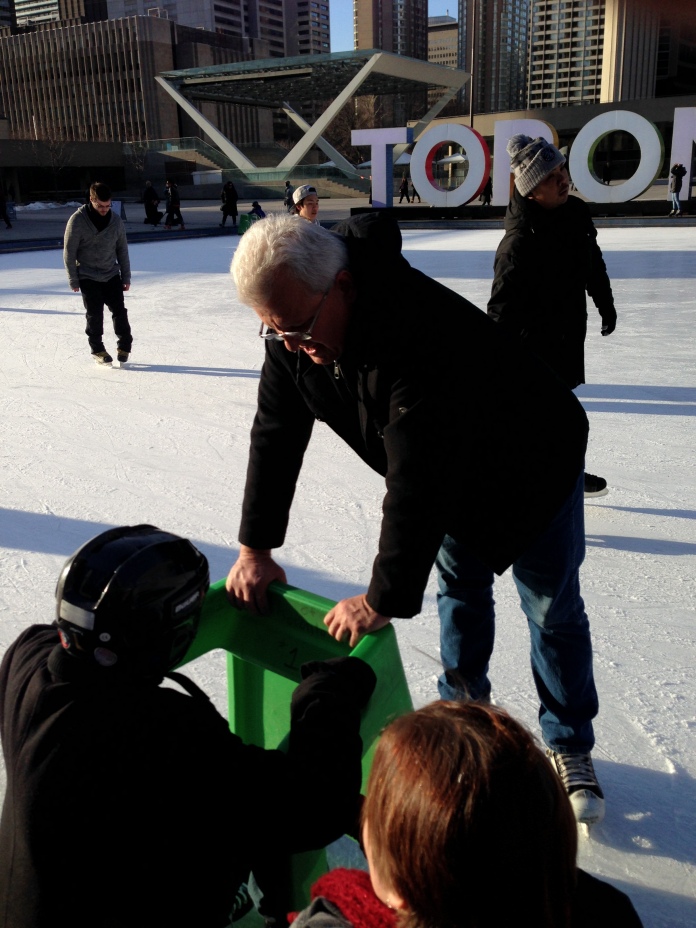 I’d wanted to try skating again, not having gone yet this season, after starting last year, after a twenty year break.

For the box that I used, available there, for those who, like myself, can move but can’t exactly stand and use their forward motion, all on their own just yet. 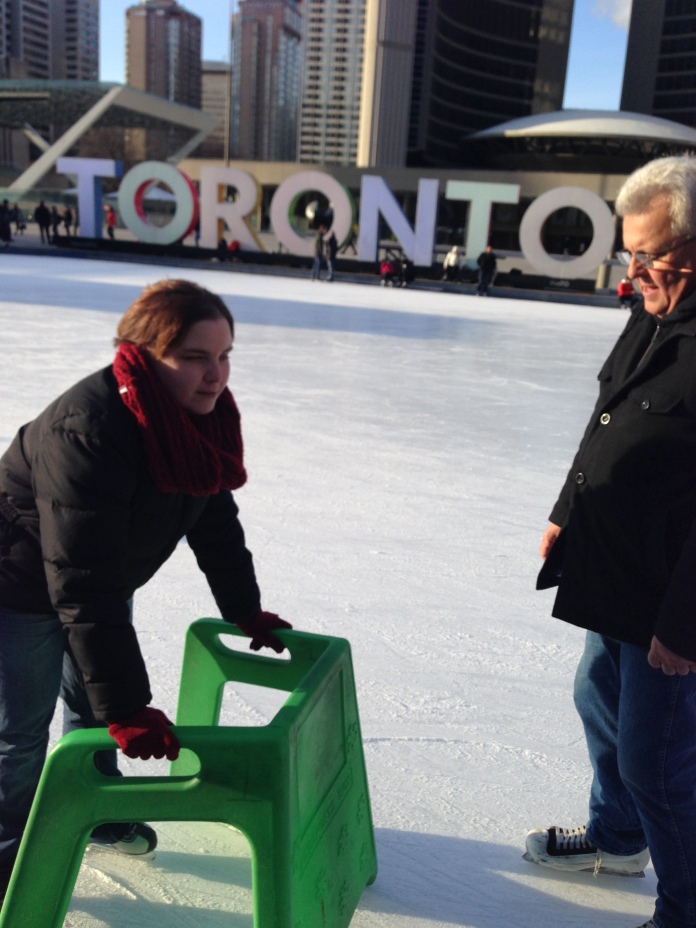 Without this contraption I wouldn’t have been able to skate, without any assistance, all around the rink.

It’s an indescribable feeling, a rush, to be free.

For the small amount of sight I still have, which allowed me to see the white ice and the dark edge well enough to go by myself.

I wanted to go forever, but had to know my limits.

I do complain sometimes that I’m losing more and more sight and poor me, but it’s times like this week, on that rink, that I was thankful for what I still have.

For the chance to appear on my very first college radio station.

I was asked to do an interview about the work for

I was thrilled to talk about the amazing and compassionate work going on, by not just myself, but so many other people.

Nobody may have been listening, who knows, but if even just one heard my message then I call that a step in the right direction.

Shake It Off – Taylor Swift

Okay, well I did forget to mention my actual blog address, as my brother pointed out as he listened to the interview online in the next room.

So I admit I am terrible with self promotion. I did get it in there, but I am no Jason Derulo.

Did you ever hear the guys’ songs?

In My Head – Jason Derulo

Most have him coming right out and saying his name at the start of many of them. Now that’s a guy who knows how to promote the hell out of himself, every chance he gets.

If I get good on the violin maybe I’ll develop some performer’s arrogance, even just a little.

Yep. Again I include this one because I am still determined to learn how to make some beautiful music with that thing.

For a lesson from a musician who’s job it is to teach music.

He gave me a few pointers I can use, when I start my actual lessons.

For the foresight not to throw things away and for friends who are willing and happy to step up.

I suddenly realized my MacBook’s cord had broken off, the end still stuck in the side of the laptop.

I don’t know what happened, but I could not charge it and was left with one dead machine.

I did happen to find the old cord, from my beautiful laptop I ruined last spring, and I was thrilled to see that it fit. Love these magnetic plugs.

Well, I had people willing to offer advice and even extra cords and that was nice to know.

For nostalgia in the form of a return of one show from my childhood.

Fuller House is now available to watch on NetFlix and I am revisiting some memories from the 90s and seeing a story in a whole new light.

I will miss February, in a way, as I slide myself into March. Time to really get this year going. I have a lot of ideas, thoughts, envisionings. Maybe it’s just time to take the leap, right into the unknown of so many things.

Spring is in the air.