“Another celebrity dies. And still it mystifies the people. Another icon is destroyed.”

—The Cranberries, “Paparazzi On Mopeds”

Last week I was writing about American royalty and this week British, with my memories of where I was in my year, month, and life twenty years ago this week, when Princess Diana was killed.

Biopsies and weddings and recriminations, oh my!

I may have been able to see swans twenty years ago, but I don’t know if I’d go back if given the chance. 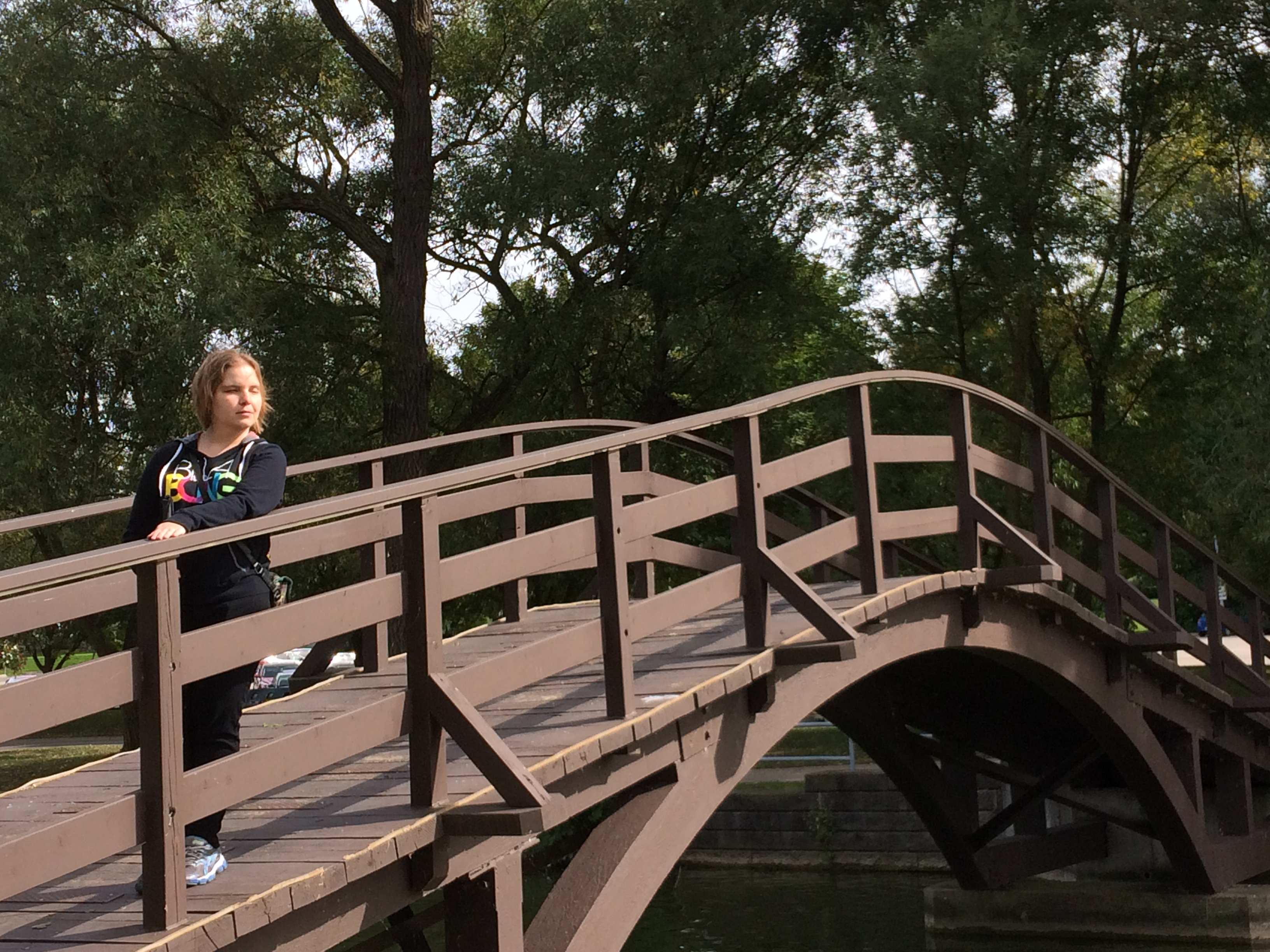 I had the best day in a long time with my sister and her kids.

Forever and Ever – Pooh’s Grand Adventure

We spent the day in a nearby town called Stratford, known for culture and Shakespeare’s plays, but I like it best for the swans at the park, the awesome chocolate shop, but mostly for the time the four of us spent there together.

I’m thankful for another fascinating interview.

I heard Sting speak about his music, then and now, and the world he’s worried about leaving behind for his grandchildren.

I love to listen to interviews, to learn about people, and I think he is a good one. I’ve always been a fan of his music, from his Police days.

Then he scored the IMAX film The Dolphins that I love. It’s remarkably beautiful.

It brings me peace.

“Be yourself, no matter what they say.”

I’m thankful the roof is completed, all fixed, along with all banging sounds silenced.

The men are gone, scaffolding removed, giant bin for debris taken away.

Now the rain will stay where it belongs.

I’m thankful my brother is off on an adventure.

Adventure Is A Wonderful Thing

We drove him and a friend to the airport and I was so excited for them, even more so than if it were me going. I want everyone to get to experience travel of some kind.

I’m thankful to have discovered an out-of-the-way little pizza shop to enjoy with my mom on a drive out of town.

I’m thankful the first of multiple pieces of my writing was published to round off the month of August.

I am grateful that Paw Culture gave me the opportunity and a place to write about Croche, for the tenth anniversary of her death, on Good Friday, 2017.

I’m thankful for September and the first of the fresh local apples of the fall season.

It’s practically all I eat for the next month or so. Perfect combination of sweet and sour. So crisp and crunchy.

I’m thankful my niece and nephew have had such an amazing person to take care of them for the early years of their lives, so my brother and his wife could be at work and have total confidence and trust in the care their children were getting.

Now that my nephew will be joining his big sister in school, this won’t be happening, but the bond will always be there.

I know it’s hard to have to decide to leave your precious baby with someone else so much of the time, as working parents, and especially in a city like Toronto, finding good childcare isn’t so easy.

This person helps shape how the child will be, from the first years of their lives, and I know this was a big weight off their minds. I am grateful to this person. I see how much my nephew and niece love her. Transitions are never so easy and pain free, but a part of life.

I’m thankful for the senses I still have to enjoy a day out with loved ones. 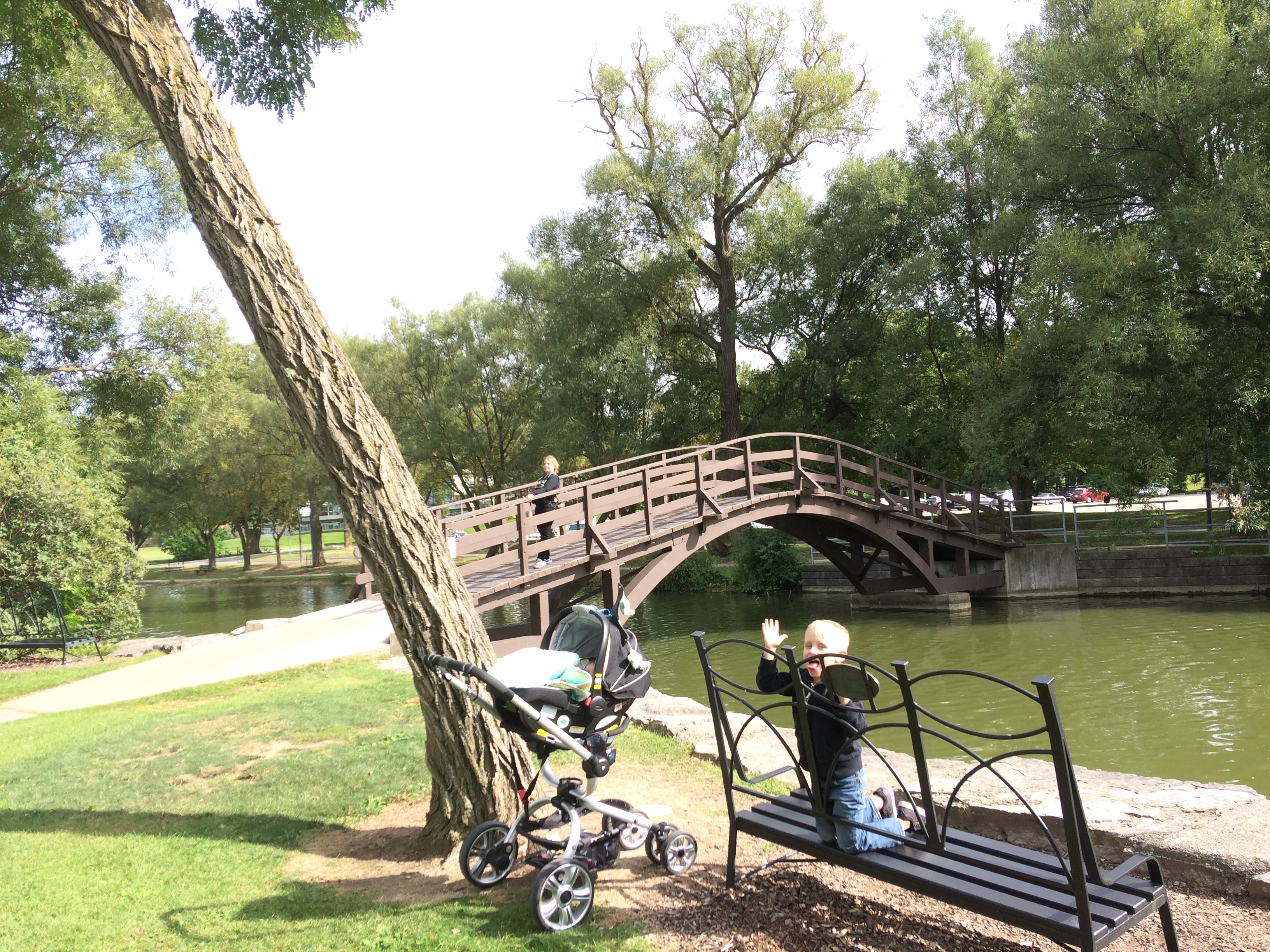 I got kind of depressed after we returned from Stratford, because I couldn’t see the white swans on the water anymore, but I enjoyed juice boxes, walking along a path while my nephew looked for a campsite (pretend), and the drive there and back.

I felt the fresh air and sunshine of the day. I smelled the scent of chocolate as we entered the shop. I heard the ducks and geese, if I couldn’t see the others.

I’m thankful for the sweetest moments with my nephew and niece during our day. 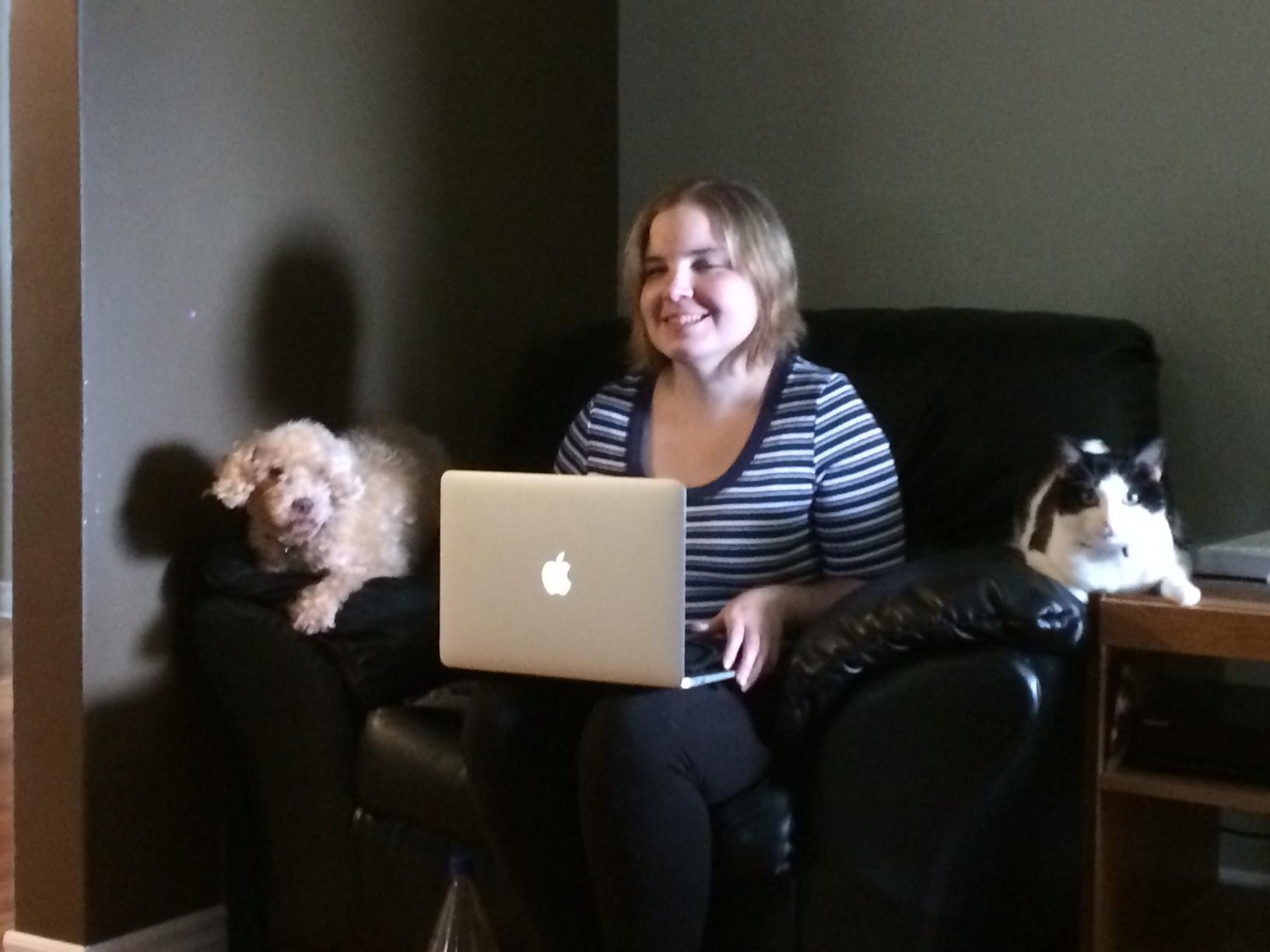 I was blown away by that statement? Question? Hmm. I still don’t know.

I heard the small voice from behind my front van seat ask this. He’d heard it said on a children’s program that morning. He sounded certain enough, but still looking for a little reassurance from his aunt.

Then, as we walked through a store full of goodies, he soon asked if we could get chocolate for others, not just himself. I almost melted, right there, surrounded by chocolates, at his thoughtful request.

As my sister loaded him and our treats into the van, I held my niece in my lap. She’d hardly cried or fussed the entire day. Later that night, I’d hold her in my lap as she chattered away and watched her big brother playing, with great interest.

My nephew wanted me to come to his house to watch Pooh’s Grand Adventure and I did. I am so happy I did.

I’d seen it before with him, but never had I paid as close attention to the dialogue and word choice. I was impressed at what a smart story it is.

As we sat, the song from above played, about being together forever and ever, as my nephew crawled into my lap and cuddled, sitting still for what could have been a shot at forever and I nearly cried, thinking of how many days there will be like that granted to me.

It means God Willing. It’s an Arabic word I heard mentioned twice this week, from Sting during his interview and then in a piece I read somewhere.

I’m thankful for my boys.

Never before had both Dobby and Lumos sat on either side of my chair like that.

I think Lumos was still wanting me all to himself, as Dobby had been away the previous few days because of all the commotion with the roof repairs.

And to end the post, a song that one of my favourite bands wrote after Diana’s senseless death.

Paparazzi On Mopeds – The Cranberries

Goodbye summer/August, the final long weekend of the season, and welcome to a new month and season of autumn to come.

And to my nephew, starting school for the first time and his big sister and cousin, I want you all to know:

12 thoughts on “TToT: Forever and Ever and Always – “Inshallah” #10Thankful”