It’s March and I’ve been uneasy with the spring weather we had, just a few days ago, and right back into winter storms, Mother Nature not even missing a beat.

I dedicate this song and this week’s thankful post to my niece Mya Lynn on her 1st birthday, though it was last week already.

You Make Me Smile – Dave Koz

She is fourth in a row for nieces and nephews, all of whom make me smile everyday. Whether it’s Mya enjoying her first birthday cake and streamers, her big brother playing Ninja Turtles with his friends at the party, or my other niece and nephew set, making me a Happy Birthday video from the airport as they prepare to fly somewhere warm for a week – they all make my list, top of the list, each week I do this and all those weeks I’m not feeling well enough to do this. That’s when their ability to make me smile is needed all the more, though I happily take it anytime.

I’m thankful my ERG test went off without any problems, rather painlessly, though slightly uncomfortable at certain points.

Look at the bright, red light. Don’t blink. Count to fifteen. Now you can look away, close your eyes.

I hear back about what it is my retinal impulses say in a few weeks.

The woman doing the test was cheerful and friendly and helpful as she attached the electrodes to my earlobe, eyelid, and my wrist. Luckily, my right eye is my only real eye and so it was only that side I had to be tested on.

I’m thankful I haven’t caught the flu this year.

So many seem to have caught it, different bouts and strains, more than once. I don’t know. I did have my flu shot, though that topic is controversial.

I get colds, not flus.

It was February of 2015 when I heard a bunch of bloggers/writers hatching a plan to spread words of compassion throughout the online community, to combat all the awful events on the news, taking place all around the world.

It was a project with a lot of steam at first and it lasted several months, but slowly died down over time. People ran out of ways to write about the topic of compassion for 1000 Voices Speak For Compassion and we all moved on.

Three years later and I found something to say to mark the occasion anyway.

I’m thankful our ninth Ketchup On Pancakes podcast episode was ready for release.

We are aiming for one a month for the entire year, but we’ll see.

My cousin owns a hair salon in her basement. She got a new little puppy for her family last weekend. She is only nine weeks and is hanging out down in the salon with us customers for now.

So, she was the sweetest thing and likes to cuddle with people. She spent my appointment in my lap. It was majorly calming.

I’m thankful for something of a head massage for my sore head at a hair appointment.

As my cousin washed and blow dried my hair, it helped my developing headache, likely from my ERG the day before.

I did not want my appointment to come to an end.

I’m thankful for easy listening and new age nature sounds/music when I’ve got an awful headache.

I found some
Tony O’Connor
in Apple Music when I needed something comforting to listen to.

He has albums entirely devoted to soothing natural habitats such as ocean and rain forrest.

I’m thankful for my cousin who creates the most awesome cakes for any occasion. 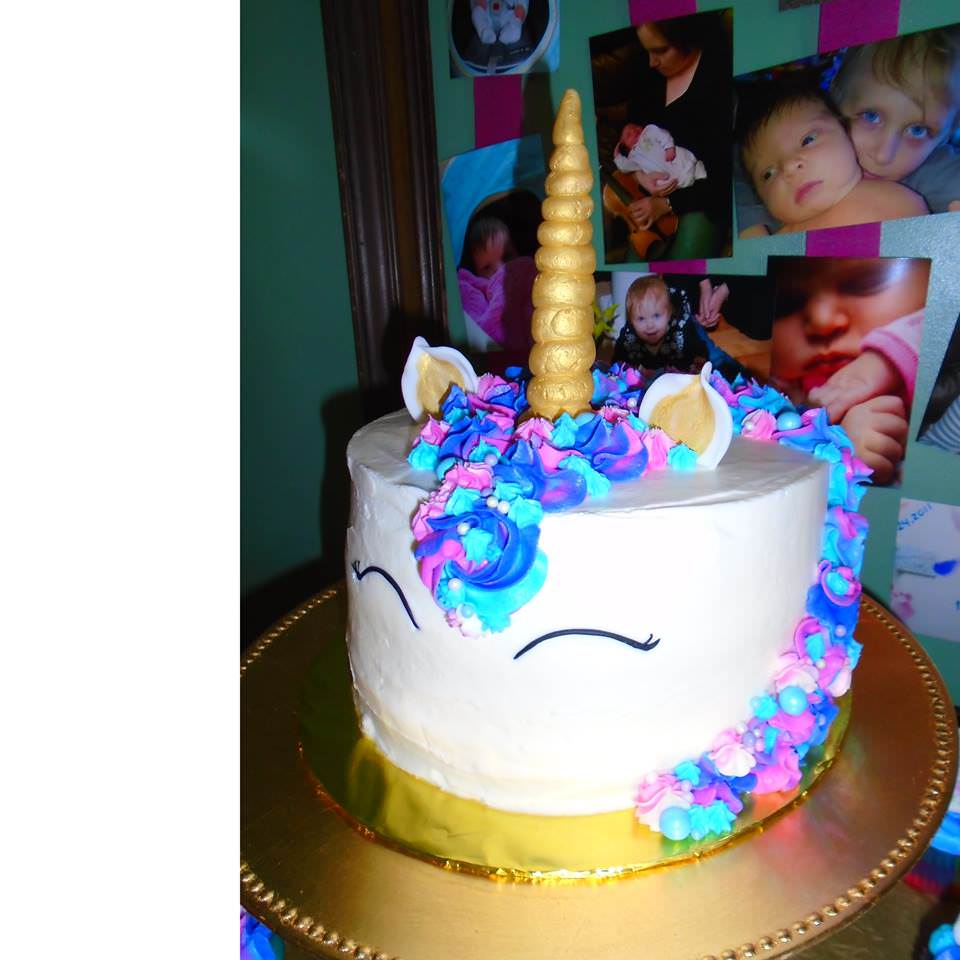 She made one hell of a unicorn cake for Mya’s first birthday. It was delicious, even with all that icing.

I’m thankful for a brother and a friend, both of whom are computer savvy, and who put up with my impatience and my tendency to over think most things.

We had a lot to take care of this last weekend (spread sheets), but we finished off our days together (unofficial CFB executives meeting) by making big plans to look forward to.

I’m thankful for all the renewed joy of having a newborn around this past year, to have that with a little girl who shares my middle name.

In a way, I am deeply sad that perhaps the final baby of the family is growing passed that sweet infant stage, but she is growing into an absolutely adorable little girl with an incredible need to explore her world.

The best is when I am standing there and she crawls over to me, pulls herself up on my legs, and reaches up with her arms out.

18 thoughts on “TToT: Under My Skin and Out of My Hands – Cascade and Concatenate #10Thankful”