The whims and choices of life, like some roll of the dice, or the drawing of one card from a deck before or after being shuffled. 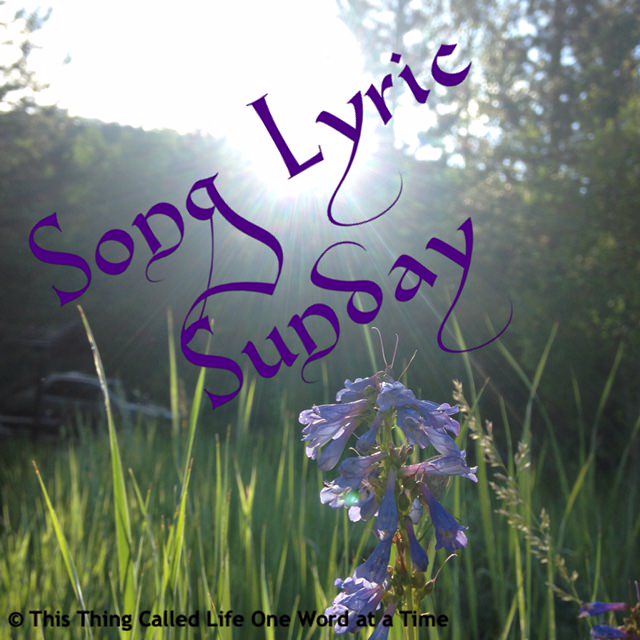 The US has an age limit of eighteen for when someone can fight and die for their country, kill another human being (enemy) in battles, wars that shouldn’t be happening in the first place.

Yet, no alcohol until the twenties. Then, God forbid a twenty-year-old couldn’t buy guns, right?

But I wasn’t intending this to become a political post of any kind. I just find it funny. Not haha funny, but unbelievable and rotten in fact, that for instance, those teens who died by all those bullets on February 14th will never see twenty-one.

Okay, I’m done. On I go to remember when I was twenty-one.

As I picked my selection for a song about numbers, for this week’s
Song Lyric Sunday
I tried to remember, but I honestly don’t recall a whole lot from when I was the age Dolores O’Riordan sings about in this one.

She was a song writer, around that age though, when her biggest hit album came out. She was experiencing fame and notoriety around the world. I wasn’t famous, then or now, but I can’t imagine the power and the pressure.

That was the year though, (I was twenty-one-and-a-half) when I lost my dear grandma. I was experiencing loss and grief, as an adult, (for the first of many times) and I would soon move out on my own.

I was still stuck believing I had no control or power over my own life, or not much at least. I would soon buy a house and learn I could find something of my own path going forward.

I am trying to write a letter to my younger self, for a project called
Letters Anthology
and have been trying to think back to my early twenties. As I enter my mid thirties, I can reflect and try to remember that young woman I once was, but it is harder than I’d have thought. I have been through so much, some of which I’ve chosen, but I still see a lot of living as a roll of the dice.

I haven’t played any card games or games of dice in a long time (used to love playing our family’s version of Dice with my grandma when she was alive) and not as far as gambling goes. I stay as far away as possible from those loud places. So much so that I couldn’t even recall, when I started this post earlier today, if the game Twenty-one was cards or dice.

My grandma couldn’t always play dice with us for very long, as she had fibromyalgia and the use of her arms to roll the dice was hard on her. Now, and starting around the time I turned twenty-one, I got diagnosed also. Sometimes, just washing my own hair is hard on my arms now, raising them up above my head for too long.

I do know that living, truly living, is a gamble. It’s the kind of gambling I’d rather do. If I’m going to take a chance on something or someone, I’d like it to start and end with taking a chance on mmyself.

Now, back to writing that letter to the twenty-one-year-old me.

What do you remember about being twenty-one? Would you rather gamble with cards, a roll of the dice, or in/on life?

5 thoughts on “When I Was Young, #SongLyricSunday”