Returning to the edge, overlooking the mighty Niagara Falls is like returning home. 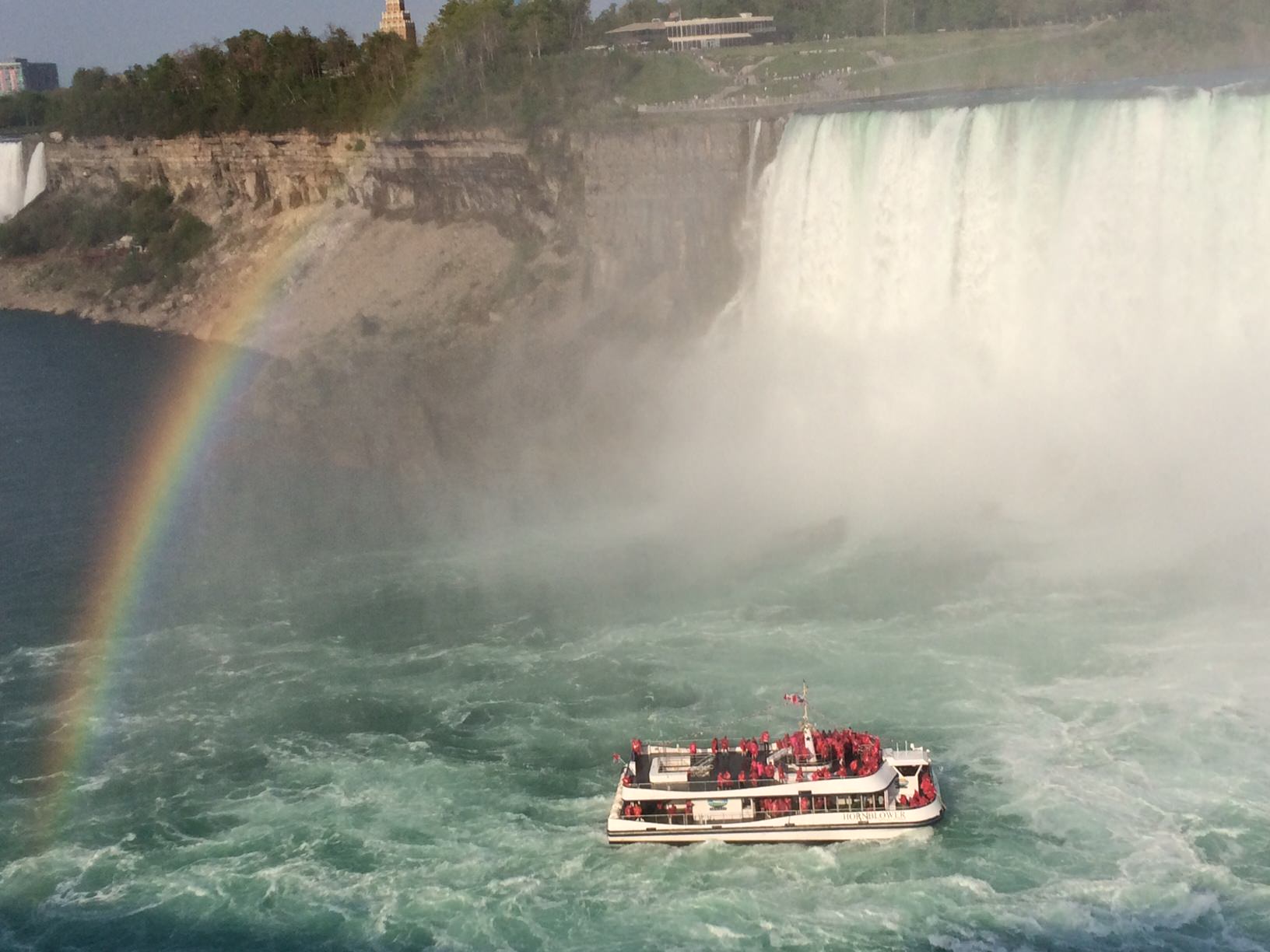 The boats are somewhere, there, down below me. They move silently along, at the base of the roaring waters, both boats on the Canadian and the US sides. Ours is now called Hornblower and what used to be the Maid of the Mist in Canada is still what they call it in our neighbouring country, or so I am told.

I always loved the myth of the
Maid of the Mist (backstory not widely known),
even if I grew up fearing the actual vessel and all boats like it.

We went on it, some of my earliest memories, but enough was enough and I was afraid. I didn’t want to have to don the plastic raincoat and board that thing, going so close to such a fiersome force. I’d had enough of that.

Then, as I grew, we’d return to Niagara Falls often, and my family would tease me:

“What do you think Kerr…want to go on the Maid of the Mist?”

Ha ha, and the joke went on like that for years, right along with my fear of boats of all shapes and sizes.

Well, ownership of the boat tour company changed hands in recent years, but I was determined to tackle my fear, as I entered my thirties and was determined to live like I hadn’t been living, which meant proving to myself I could step foot on that boat again.

I did it, but my favourite myth of the Indian princess who was going to be forced to marry a much older Indian chief, though she was revolted by him, well that story haunted me and still does.

Legend had it, she fled her situation and ended up hearing a far away voice on the air, calling her toward the waters at the top of the Niagara River. So, she followed its irresistible call and it led her into the river and over the Falls she went, to join the Thunder Gods behind Niagara.

I was captivated and am glad I did tackle my fears a few years back, and then I was recently listening to an educational podcast called
The Secret Life of Canada
and it spoke of the history of the Niagara region and some of the culturally insensitive stereotypical stories white people have told and retold about Natives, how wrong that was, how offensive.

The story of that Indian maiden will stick with me, but I am always willing to learn about how to be a better human being, more sensitive and empathetic. We’ve replaced Indian for Indigenous in the language here in Canada and we must work for a better country, for everyone.

I now stand, happily, at the railing above and look down on those silent tour boats, but I will admit that I feel drawn to that place, whenever I am nearby, and hear the thundering sound.

Even if I end up an even older version of a maid myself, I am not about to follow those invisible booming forces to an unfortunate, tragic end. Though I do disclose that I feel a strong tug on my back, every time I move to walk away from Niagara Falls.

Today is
Finish the Sentence Friday
once more.

And the
fourth Friday of the month (May)
edition says to share a photo and the story behind it.

4 thoughts on “Falling, All Over Again #Niagara #FTSF”