“Myths can’t be translated as they did in their ancient soil.
We can only find our own meaning in our own time.” 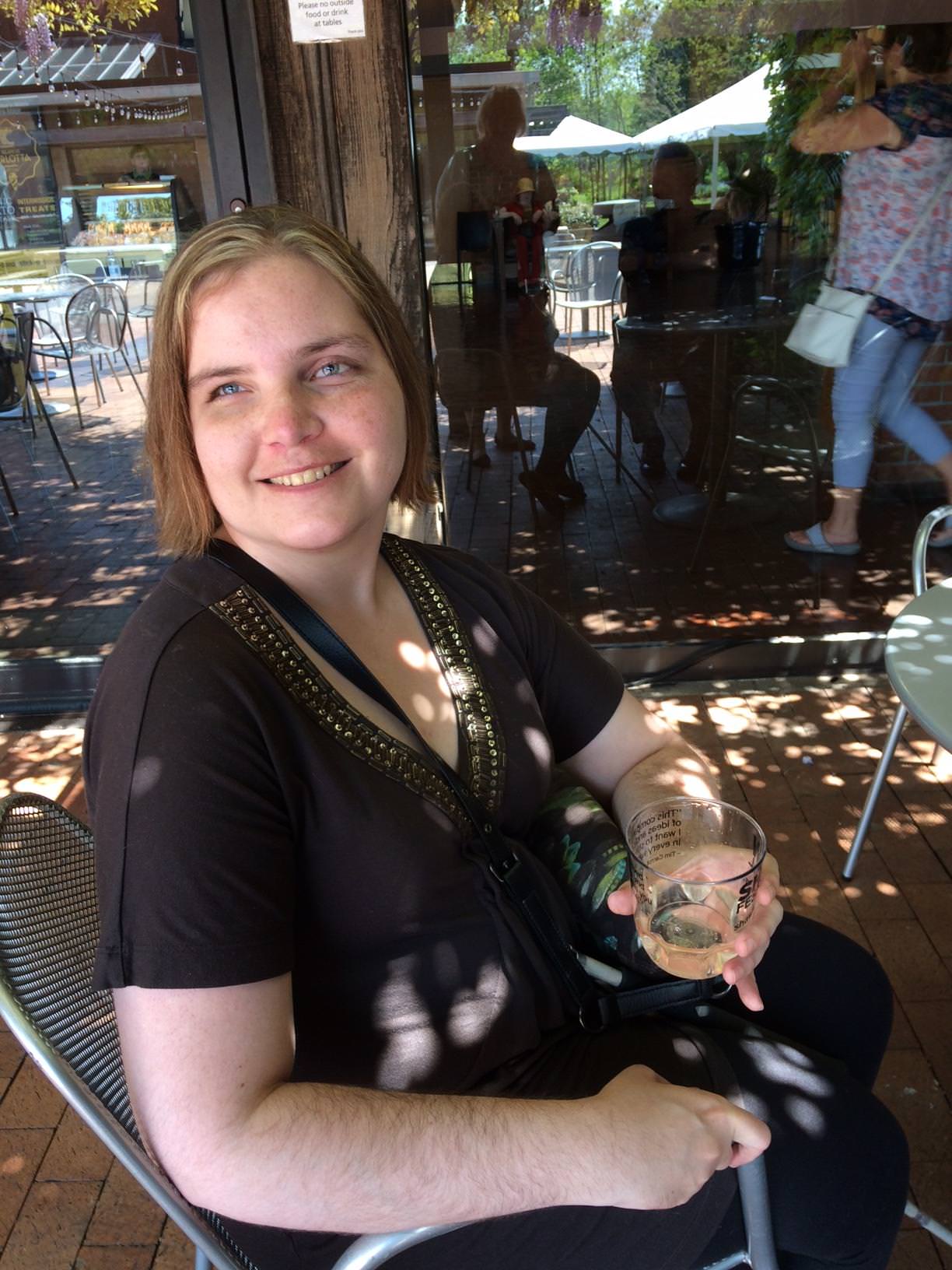 I’m trying hard, this week, at this adulting thing. I couldn’t give a damn about the great Laurel vs Yanny debate of 2018, but I am thankful for a lot.

This song came on, as a part of starting and ending off the audiobook version of
All The Light We Cannot See
and I was rapidly swept up in the story, in part, thanks to this music having been added.

I found this book, in Munro’s Books in Victoria, BC.

I hadn’t heard an audiobook in a long while and was soon reminded why they can be so great.

And now I have even more specific places to travel.

I’m thankful for wine in a little travel mug.

Of course, Niagara Falls and Niagara On The Lake are famous spots, also known for the wine produced in the region.

While waiting for the show to start, they were serving wine and putting it in plastic collector’s cups that I took out on the wisteria covered patio.

It was a little awkward, drinking a drink like wine from a tiny hole in the plastic lid, but I was glad I went for it.

Perhaps, not quite as sophisticated as drinking wine from a glass, but fun for the type of day it was.

I’m thankful for Stephen Fry live and in person at The Shaw Festival in Niagara.

He is witty and charming. He is clever and more than capable of telling an interesting story, especially that of Greek mythology, which many people (including myself in high school) can find obscure and complicated.

I’m thankful for Niagara Falls and its caretaker seagulls and other birds.

There’s something, already, about Niagara Falls that I love, but then I stand there and listen to the various birds that live around the area. I’ll admit, there’s definitely something about that place and those who call it home that gets my imagination off and running.

Just to imagine being able to fly around and over those waterfalls, to land on rocks in the middle of the Niagara River or directly on the edge, and be able to lift off and fly away again.

What a place to call home.

As always, I simply stood there and stared at all that water and all that force. I listened to the roar. I felt the vibrations. It was so strange, the back and forth of the warm May air of the day one second, and the rush of cold mossy air coming off the Falls on my face the next.

Not the song, but the drink.

I’m thankful for the scent of lilacs on my back deck.

I’m thankful that Ireland has made the right decision for women’s rights.

I can’t imagine making that choice, but the choice is a personal health one and often a medical one. It’s about what’s happening in a woman’s own body and nobody (least of all politicians) should have a say.

I know it’s a religion question for many and it comes off like a moral one and I understand. It isn’t a pleasant thing to think about, but I will side with the woman every time. To everyone else, nobody forces you to do anything to your own body that you don’t want, but making it hard to access or illegal doesn’t get rid of it. The reality of it doesn’t go away just because you want it to.

I’m thankful for my father’s willingness to cut my lawn.

I live in my home, a lot for just me to manage, but he’s always there and happy to cut my grass all spring/summer long and even into the fall. 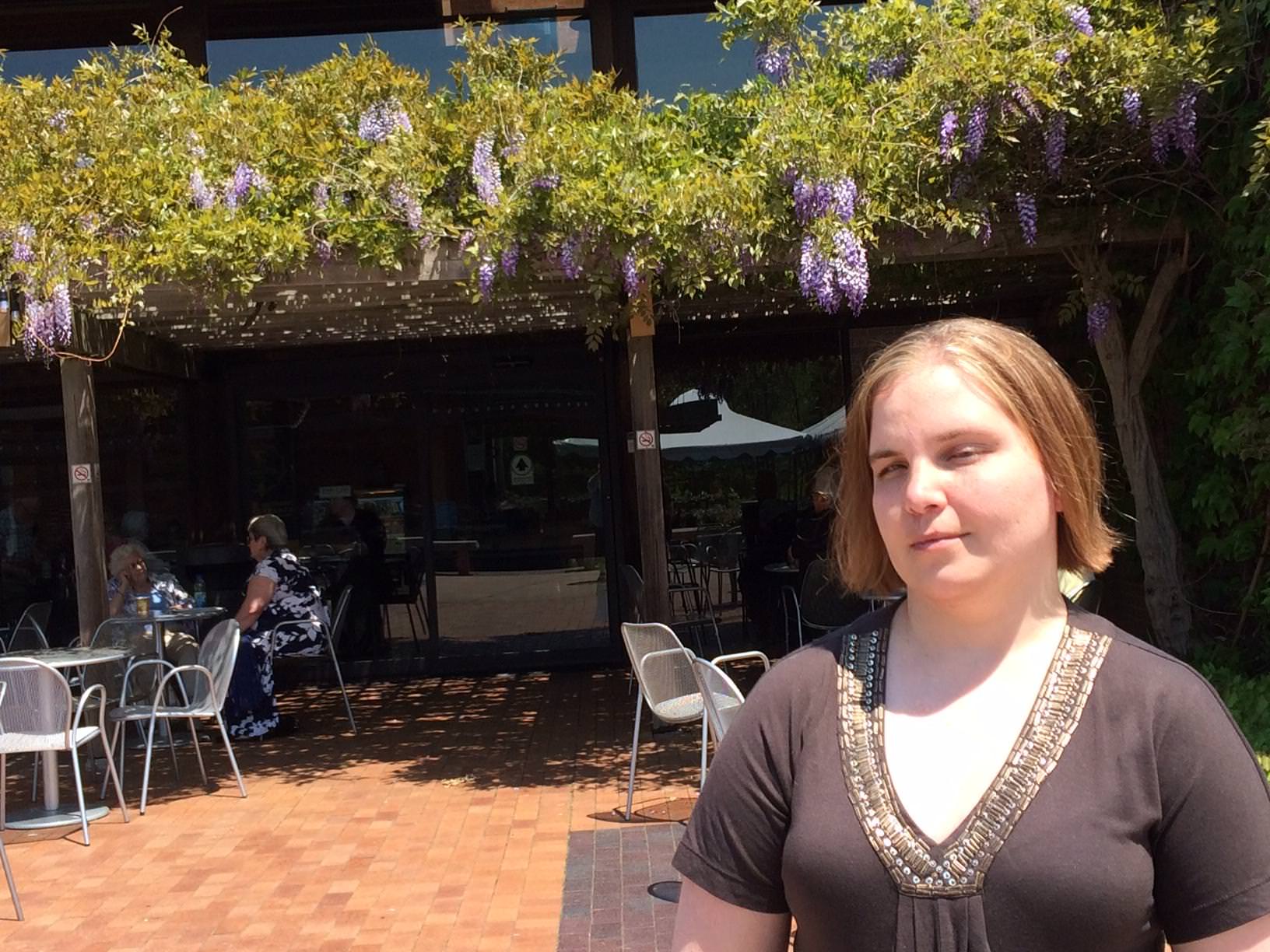 And I’m thankful for wisteria because it makes my mother happy.

“Myth is much more important and true than history.
History is just journalism and you know how reliable that is.”
—-Joseph Campbell