It was my first Independence Day in the US (independence being the key word there) and I had an unexpected and unpredicted time away. I owe it all to the CFB, sponsoring me to see what the US’s national convention is all about.

The difference between what exists in the US and what we’ve got here in Canada was hard to miss while I was in Florida all week.

I’m thankful to be representing Ontario in this national magazine.

July 2018 Issue of The Blind Canadian

I’m thankful for this travel agent.

It is a convention, held once a year, and this one had nearly 2500 attendees who used a white cane or a guide dog. All of us were trying to get the hang of a large hotel and conference/convention centre and having UPS volunteers around, to give us a bit of direction now and then was a big big help.

I was so overwhelmed, my first time attending, that sometimes I’d get panicky and have to stop and take a few deep breaths and refocus. I could continue on from there.

I’m thankful for the experience at this convention because it fostered further confidence and independence.

I’m thankful I got to meet a friend, in person finally, whom I’d been speaking with for years online.

He was great to talk to in person. Thanks, Timothy, for the coffee and the dinner and the company. You brought a bit of calm in the storm that that week felt like at times, so wound up, rushing on all around me.

I’m thankful for a still night on a closed pool deck.

Florida was so muggy that I didn’t mind getting to spend almost all my time in freezing cold convention halls. It was not so bad though, when the sun was down.

I’m thankful I didn’t have to change into my dress in a restroom stall.

I had to get it right, being back in the States and in Florida again (my fourth time) that they there were referring to washrooms as restrooms.

We had the banquet on our final night there and I didn’t want to have my dress on all day, through the final business hours. We weren’t staying on site, so I could have gone back to change at some point, but really there just wasn’t time.

So, thankfully, the
Canadian Federation of the Blind
president generously granted me her room and better bathroom to change in.

We’d been so busy, all week long, that I finally had to wake up earlier than everyone, on our final morning, and go down as soon as the pool opened, at six.

A security guard had to help me find the door out, from the lobby, but once out I had my pick from the lounge chairs and I used my white cane to get the layout of the pool deck.

My chair was straight out from the bar of the stairs into the pool. Once I was in the water, I slowly made my way around and discovered the shape and the depth.

It was just what I needed and totally worth the waking up so early part.

I’m thankful for an inspiring speech in this room. A table full of fun people. A delicious salad and platter of desserts. 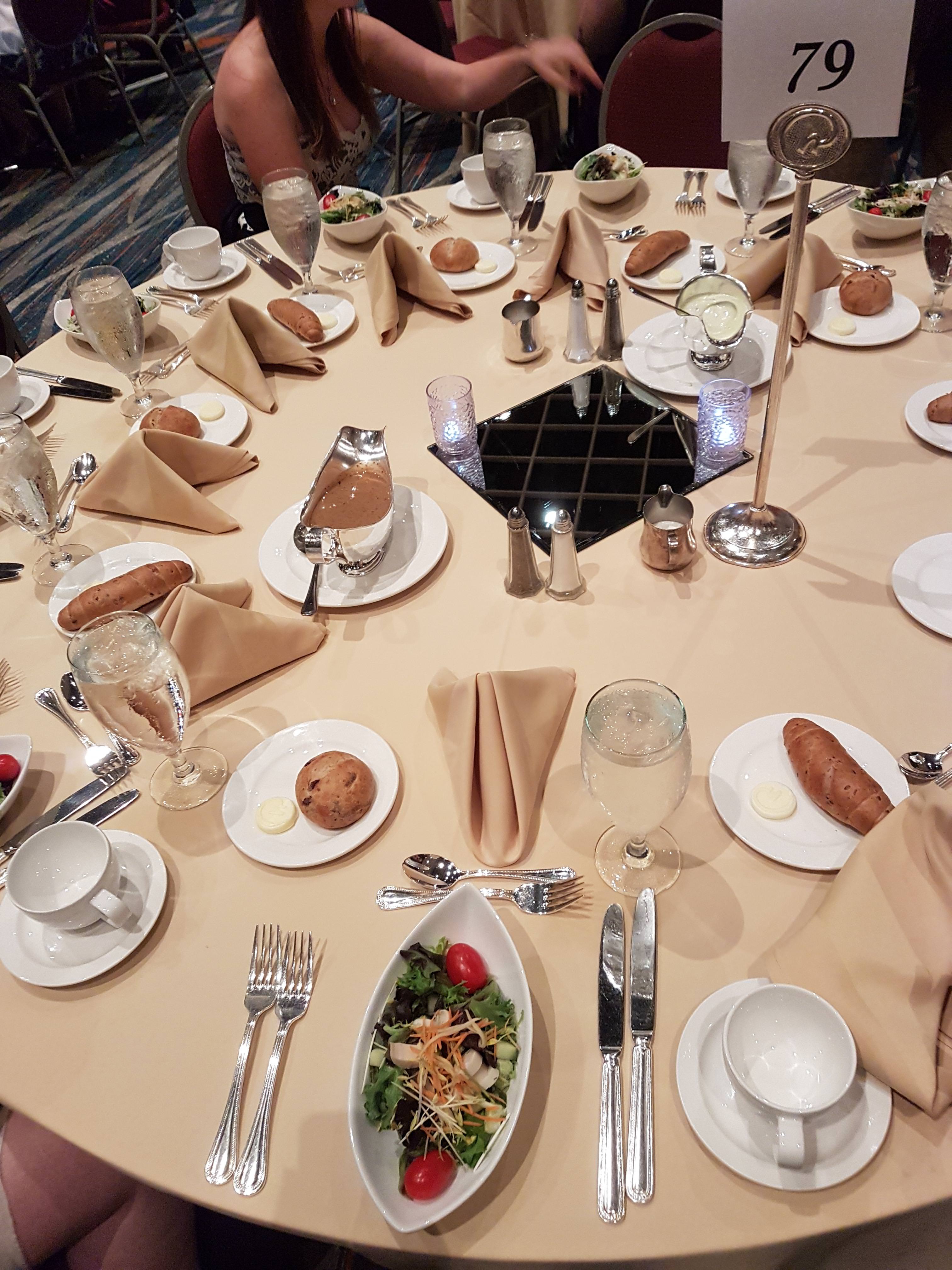 I’m thankful for a flight, gone by too fast.

Life’s full of metaphors, including lift off and landing, and living in the moment are all important.