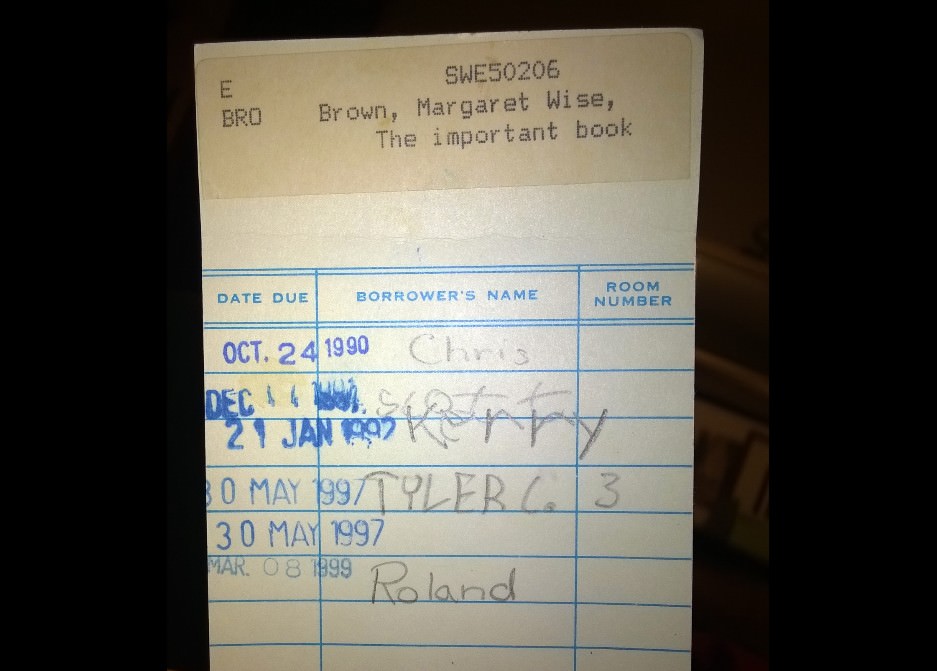 This is a reminder of the little girl I once was. My sister found this card in the library book my nephew brought home from school last week.

What are the odds and my first thankful after musing on what it’s like to turn another year older, all while discovering those reminders of the girl you used to be.

I’m thankful for the short story I managed to come up with at my writing group, even if my braille display did crap out on me (dead battery) right before I finished it.

It was a short story about a young girl, living in Europe, only a few years before the breakout of World War II and she is celebrating her birthday with a skating party with friends.

I will finish the story and read it out loud at the next writing group night.

I’m thankful for an inspiring first meeting with some new peers living with chronic kidney disease.

We met to discuss how those of us who’ve been and are currently living and dealing with kidney disease can help a new generation of those going through or about to go through it.

Some were on dialysis and some, like myself, were transplant recipients. One was even newly diagnosed and didn’t know where to start. I hope we didn’t overwhelm that person too much.

So much excellent discussion went on. It felt empowering, more than I’ve felt in a long time, as I’ve been off of dialysis for so long that you start to forget what it was like. I have this chronic condition, transplant or no transplant, and may need help from these same sorts of people again one day too.

I am thankful, also, for the guy next to me who got up and brought me a new plastic fork after I broke mine trying to stab a cucumber out of the pasta salad on my plate as the presentation went on.

I hate those cheap plastic forks.

Now, for a monthly fee (after the first three free months) I have millions of songs at my fingertips, right on my phone for streaming.

I’m thankful for a surprise right before my birthday.

Native Traveler, awarded gold in the audio story/blogging category from the NATJA

The host submitted the Native Traveler show with my piece on No-limits Travel for the Blind to the North American Travel Journalists Association (NATJA) awards , among a couple of others.   The show won Gold in the radio broadcast category!.

I’m thankful for the card, flowers, and butterfly for my keychain, all from my wonderful neighbour.

The card was one of those singing ones.

The butterfly has now become a symbol with meaning between the two of us. I am keeping it with me. I like to trace my fingers around the wings. I used to love to draw bright, colourful butterflies when I was younger.

The flowers were fragrant, but the stalks were so heavy that my mom had to prop up the flowers, using a cooking pot and some cardboard.

I’m thankful for all the well wishes from family and friends, on Facebook and off.

I wasn’t feeling so well on my actual birthday, but it was nice to hear from people. It cheered me up a bit.

I’m thankful for the cake my mother made for me.

Cherry chip with a cheesecake swirl and white chocolate icing.

She is amazing with certain kinds of cake. It was made with love and care. Thanks Mom. 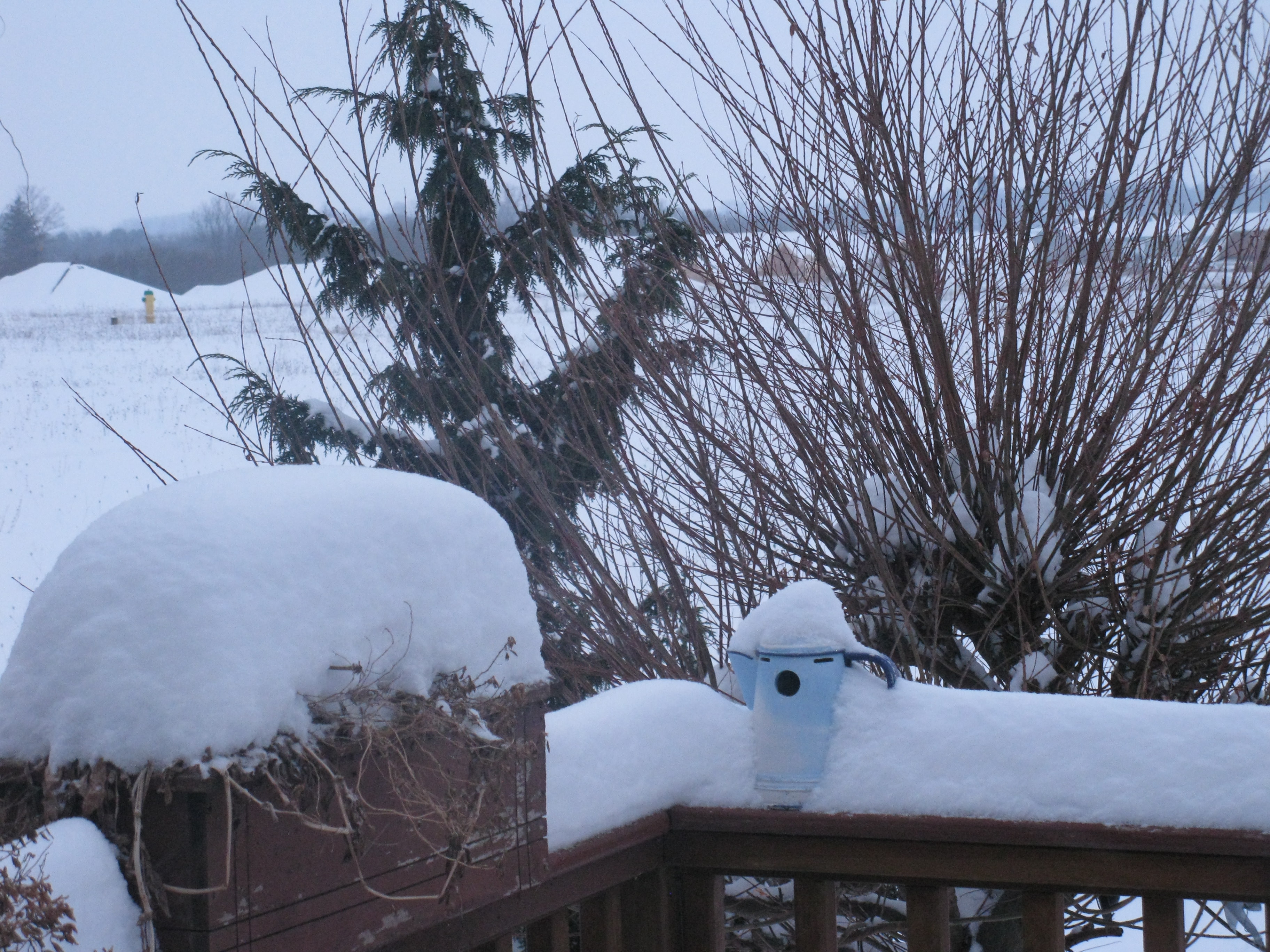 I’m thankful for a snowy day on my birthday.

I felt unwell, stayed inside the whole day, but I was glad to know what was going on, a snowy world, just outside my window.

It was a perfect February day, even if the next one brought rain and then freezing to produce slick conditions for walking.

Someone on my blog wished me this and I had to look it up, but was super glad they’d said it:

I’m thankful I can learn new things, even and especially at thirty-four years old.