Passive voice, in my writing or in my life. 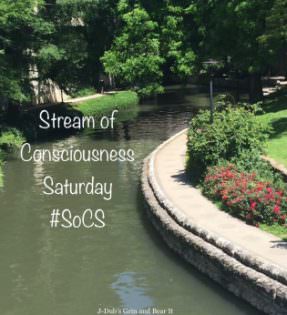 I may sometimes label myself a passive person, but there are moments when aggressive stances are needed.

Animals in the animal kingdom instinctively sense it, know where it lies in another creature and how or if they can derive any sort of benefit from it.

Human beings are creatures too, of habit, while the wild ones wander.

Personalities are coloured and varied shades of what makes us human, alongside the animals in nature.

I could Google the passive writing voice and read for days and days, but when I go ahead and write, may not always recognize what it looks like.

The term
“passive agressive”
means one thing, when both words are put together, and another on their own. I guess this is the point, the neat thing about this phrase, if you want to call it that, about language in general as well.

Wow. I haven’t taken this Saturday blogging prompt quite so literally in a while.

I think of my fear (rational or not) of an angry swarm of bees. I think a swan, who appears docile, until you get too close.

The fight face of a country or government, put forth by a world war, by a civil one.

War and peace. Is Canada so well known for one instead of the other. Or warring tribes in Canada’s long lived past.

On another lazy Saturday, I ask myself: What is Russia really up to, with the latest election results?

I do wonder, not as much about their people, but about that government itself.

I need to take my suspicious eye off of the country next to my own and think about other places. People or entire nations, I stream of consciousness ramble my way along, all the while, hoping to avoid the inevitable, those who ooze what it means to be aggressive.