Wow! Okay, so I usually begin my TToT with some sage words, but upon searching quotes for February I came across nothing but doom, despair, and dying. These were all words used in the quotes that my Google search came up with

Is February really that bad? Does it stink that much or what?

So instead, me and my birth month might not get some wise literary or philosophical musings, but I do have my very own February song.

It feels more like fall or even spring out there, as the final hours of January fade away into a new month.

I was going to try my hand at

but I got so frustrated by the sign-up process that I gave up.

What is it, first National Novel Writing Month and now this?

I can go ahead with it anyway, do my own A to Z in April or whenever I want, but likely I would have to do without all the new readers I would find and be found by.

For February I will stick with the romance theme here, as February means Valentine’s Day, and devote the entire month to come for

the subject of love,

but I will still be here once a week because I love it so much.

For an email that arrived at the perfect moment.

Last week I spoke of being rejected for a publication I love and really wanted to have my writing in. Well, less than one week after that devastating email I received one of acceptance.

For the chance to spread my message.

The last day of February is the day set aside for the awareness of rare diseases and I really wanted to speak up about mine. These are no more serious or worth fighting than cancer, diabetes, or MS, but just a lot less spoken about. So many diseases so little time.

I want to thank website “The Mighty” and all the family and friends who took the time to share and help me spread my message just a little bit farther.

So, supposedly now I am a contributor and have an in road with the site. Guess this means I can continue to write for them, after they’ve approved of whatever that is. Guess this is how these sites work? I am still new to all this.

For a lot of talk, with the one-and-only man himself. Prime Minister Justin Trudeau appeared on television, for an hour talking about an important subject.

Not sure if this is more than a Canadian event, as it’s represented by Bell, the phone company.

Of course there is also a lot of talk about how a huge corporation is in it to look good and is getting something more out of it, but I focused on the fact that depression deserves the air time and attention and Trudeau spoke with sensitivity and commanding poise about the struggles with depression in his own family and what he, as the leader of Canada, hopes for those who live with mental illness.

For the notification that I’ve reached five hundred WordPress followers.

This comes just short of my two-year blogging anniversary next week.

I have more on top of that five hundred, but that little sound on my phone to inform me of the milestone made my day.

For the invitation to join as a blogging co-host for the week.

This was my second week participating and I particularly loved this prompt.

For another “successful” vidchat with friends.

It’s amazing that so many come together like that, through Google Hangouts.

I lost them there near the end, but that’s technology for you: nothing’s perfect.

For the fact that I figured out how to correctly hold my phone so this week I wasn’t just a dark spot on everyone’s screens, while the rest were visually themselves for everyone else to see.

Well, the thing I almost love more than the joke would have to be how people individually and uniquely react to hearing it.

Some laugh hysterically, while others do not. It can’t be explained, but even if I am in that second group, seeing the mirth of the first group is always enough to get me to crack a smile.

For the end of one month and for the arrival of another, but not just any month.

January definitely had its highlights,

but I’m actually looking forward to February and the arrival of the day I was born.

I hope for lots of good things as I usher in the second month of 2016: from movies I’m really looking forward to coming out, to my favourite television series starting a new season, to the challenge of learning a new skill and working on another.

More of all that in the days and weeks to come. 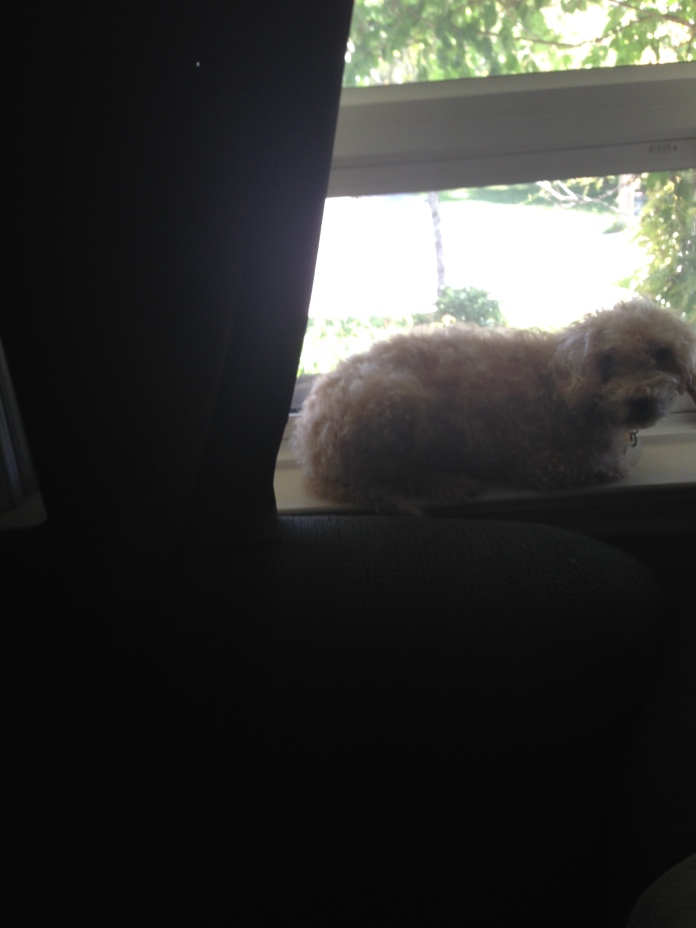 Dobby and I are glad to welcome February. How about you?

7 thoughts on “TToT: An Air of Mighty February Freshness – Can you smell it? #10Thankful”